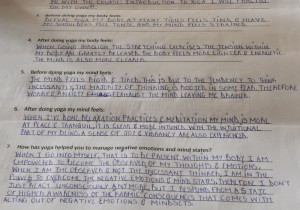 I often express rather enthusiastically my joy and love of going into Pollsmoor Prison in Cape Town, South Africa and teaching yoga to the inmates. I’m surprised sometimes by the mixed response I get, and often I’m not met with the ‘wow amazing!’ response I’m expecting. It seems and I understand fully well (especially if you have been a victim of crime) that it is often seen as a waste of time to teach offenders. People have gone so far as to ask if they really deserve it.

Pondering this I realised that first of all people have a misconception about what yoga is and what it is for, and secondly, that these inmates simply don’t deserve any kind of support. “Do the crime, do the time” has on occasion been angrily expressed to me.

So do we write off close to 200,000 inmates currently incarcerated in South Africa? It’s a very narrow way of looking at it. Seeing it from the inside where, for example, hundreds of young boys are crammed 45 to a cell built for 25, 22 hours a day without any support or hope of becoming anything better is not something I think we should just assume is OK.

Yoga has tremendous potential to rehabilitate an inmate and give them the opportunity to become more self-reflective. It reduces stress, aggression, and negativity and promotes good health and well-being. Yoga has also been proven to reduce re-incarceration rates – inmates who practice yoga, in the form of a system of holistic education like the Prison Freedom Project teaches it, are less likely upon release to perpetrate crime again!

With re-incarceration rates as high as 80% in our country, this alone should be enough to make it essential that inmates are taught yoga. Yoga gives a person powerful tools that help them work with their negative emotions and expressions, releasing habits and negative patterns of behaviour and also enhances the positive expression of our being.

The state spends over R9000 a month PER INMATE! I think it might be time to stop assuming that the way to help stop crime is to lock away the criminals, maybe we need to start thinking of more creative ways to spend that money ON criminals.

We can come up with much more effective ways of getting people to express their enormous natural tendency to be creative, positive and upstanding members of our community. Yoga is not a luxury but an essential missing element in our human education. 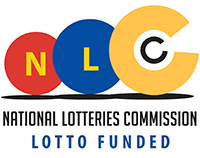 The Prison Freedom Project which teaches yoga and mindfulness to offenders in South Africa, is kindly supported by the National Lotteries Commission. 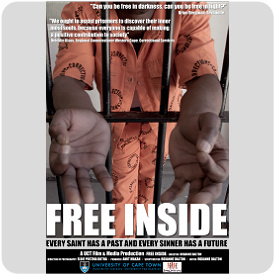